In the splash zone around cascading waterfalls, a fine mist dances through the air … perfect for nourishing a verdant carpet of moss. Moss lends an earthy element to a new water feature, making it look as though the pond and waterfalls have been there for eons. Clematis winds its way around the rocks, its lavender flowers providing a perfect foil to the bright green moss clinging to the cool rocks. 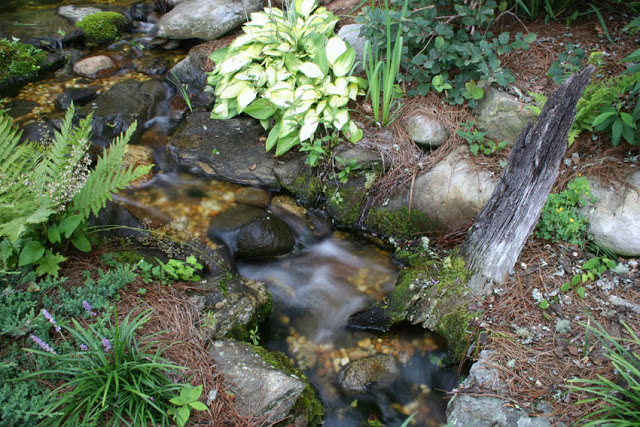 Tiny bits of moss start to creep up and over the rocks lining this babbling brook. Patches of moss peek through the crevasse of rocks as a stoic alligator keeps careful watch. Moss from the waterfalls can be transplanted to grow in between the cracks of a flagstone patio. 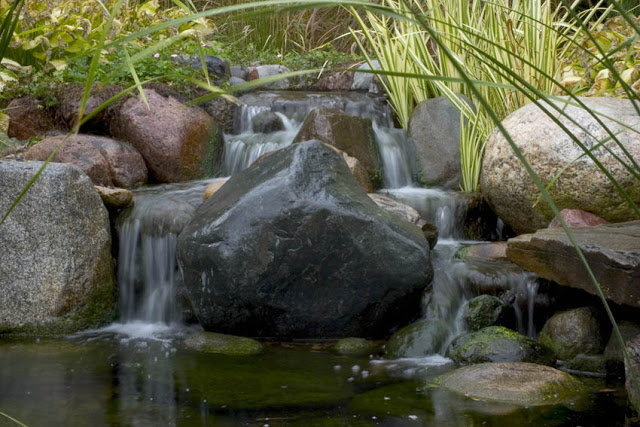 Moss will thrive on the cool surface of rocks surrounding a gentle waterfall such as this one. Rocks with moss already intact were specifically chosen to lend an aged appearance to this relatively new water feature. The greens of moss, ferns and architectural grasses reflect light stealing through the leafy canopy above. Feathery moss encapsulates the stones near the waterfall’s edge. Serene and tranquil, nature’s palette provides soothing comfort with the softness of water and moss.

STAY INFORMED WITH OUR PONDERINGS NEWSLETTER